6 Advantages Of Having A Dash Cam In Your Fleet Vehicles 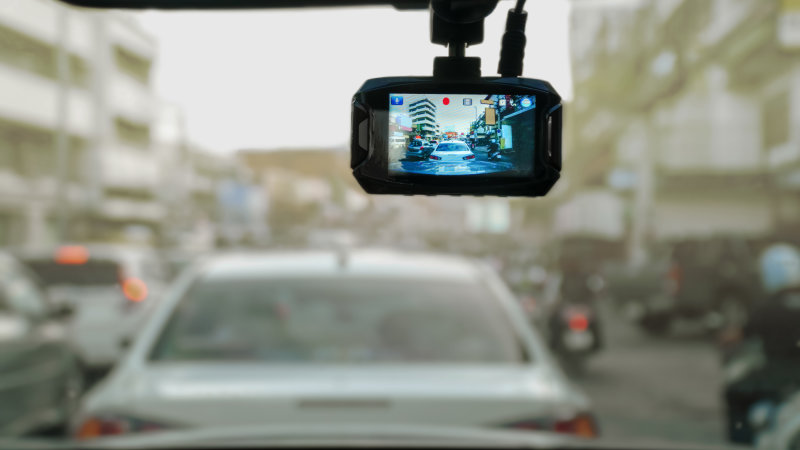 6 Advantages Of Having A Dash Cam In Your Fleet Vehicles

The dashboard camera, or as we more commonly know it as the 'dash cam' has become increasingly more popular within vehicles over the last few years. With advancements in technology and the ability for manufacturers to produce at a more consumer-friendly price, it's no wonder the installation of dash cameras has taken off.

For the most part, the main purpose of a dash cam is to carefully record every instance and detail that takes part on the road within the vehicle's journey. The use of the footage can have be used for numerous purposes, dependant on the circumstances it is required.

Currently, dash cams are used throughout the world within many occupations such as bus drivers, taxi drivers & police officers to name a few.

GPS tracking and dash cams can complement each other allowing more transparency for fleet managers.  Below we provide you with 6 advantages of having dash cams installed within your fleet vehicles.

1. Evidence In An Accident

The most common purpose for individuals and companies installing dash cams into their vehicles is ensuring they have first-hand evidence of events that occurred if they were involved in a car accident.

Most dash cams start recording the minute you put the key into the ignition and will provide recorded footage in the case of an accident.

There are countless occurrences where a traffic violation case has relied on dash cam to provide evidence of exactly what had happened in an accident. Police within Australia are also equipped with these devices, ensuring that they have solid visual evidence when drivers are alleged to have committed an offense.

Furthermore, a great advantage of the dash cam is for the cases that are purely reliant on 'he said, she said' evidence. The dash camera footage will put to bed the arguments and provide in-depth evidence that can allow a judge or insurance agency to settle who was at fault.

A dash cams footage is the most powerful resource you can provide for defending yourself, in the case that you are involved in a car crash.

We can all attest to seeing something crazy or illegal on our roads, but we can never back it up, because as you guessed...we never had the evidence to prove it!

With dash cam footage, reporting undisciplined drivers is more and more prevalent, as more cases come to light with the increasing accounts of recorded footage unearthed from a dash cams SD card.
Not only are these drivers reckless and irresponsible, but they also put innocent drivers at risk and can cause a concoction of mayhem on our roads.

If you are worried about reckless and incoherent drivers on the road, recording them and bringing information forward can help to deal with those committing illegal acts and breaking the law.

Driving on our roads should be safe and easy.

Having a Dash Cam installed within your vehicle is a massive plus for insurance companies when it comes to insuring your vehicles and premium pricing.

It's also a win for the driver as there is now evidence to back your claims, keep your excess claims low and protect your claim history.

For companies, owning a large fleet can incur sky-high insurance costs. Adding dash cams to your fleet can accumulate to massive savings on premiums when it comes to insurance fees.

The savings can amount to thousands of dollars each year and it's as simple as buying and installing a dash cam.

Its surreal how many beneficial outcomes arise from making a smart choice like this.

It is arguably one of the more common issues that occur on our roads when it comes to claims. Not only does insurance fraud affect the insurance companies on a large scale, but it takes a toll on those honest drivers who are out there doing the right thing.

Simplistically put, there are drivers out on our roads who are purposely committing accidents to solely put the blame on the other party in order to extort money from an innocent victim.

In most cases, the innocent have no evidence to prove that the accident wasn't their fault as they are ill-prepared for the situation that arises.

The dashboard camera in these scenarios can prevent a fraudulent claim from occurring and protect and innocent driver from having to cough up financially for something that they didn't do.

5. Extract More Than Just Footage From The Camera

Dash cams have definitely evolved over the years. Conceptually set out as being a camera to capture footage, there are now pieces of data that can be extracted that can benefit your fleet.

This data can be useful depending on what the situation is, but recording audio is a great feature that your dash cam is capable of withholding. If an instance occurred where the audio was required as evidence, there would be no mistake a dash cam would record it.

Dash cams generally speaking come with a GPS device embedded within. This would allow for assistance when tracking speed and location. Of course, all the data will be logged and stored on a database to use whenever required.

Most cameras on the market are equipped with a high tech LCD screen that has touch technology to allow for quick and easy usage within a vehicle. The cameras also have a low battery usage feature that can allow for a very little drain on the car battery, ultimately increasing their lifespan.

There is always a worried employer who isn't quite sure what their employee is doing within a vehicle. Whether it be driving a few extra km's, stopping frequently, or even distracted at the wheel, inverse dash cams can give insight into a driver's actions.

It's also a great feature for fleet operators that use carpool solutions as a means of sharing fleet vehicles. It will always give a good fall back reference if something internally within the vehicle was to occur.

In saying this, it also comes in handy if for some reason someone attempted to break into your vehicle, there would be hard evidence showing the perpetrator's actions and catch them out.

A dash cam is a great investment, especially for fleet users/operators. It is extremely cost-effective, easy to set-up & can literally save you thousands should an accident occur. We highly recommend the IntelliTrac Single Channel or Dual Channel cameras for large fleet operators who are wanting to take advantage of dash cam footage clarity.